A Pre-Mortem Exploration of the Port of Hastings Project 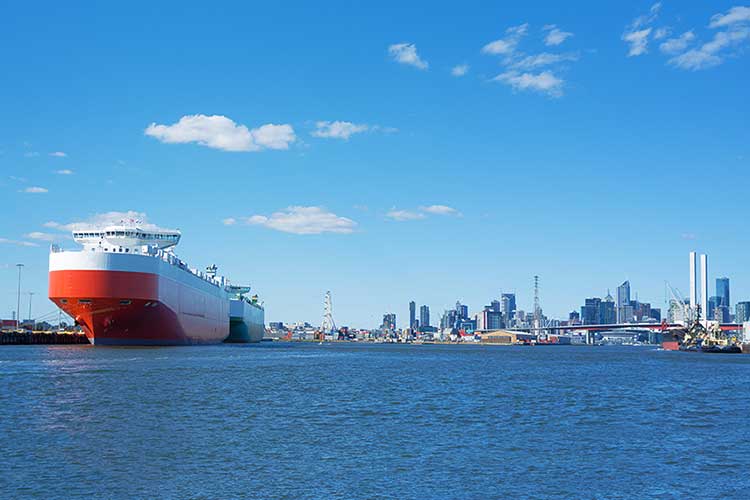 The current revival of Sir Henry Bolte’s vision for Hastings has followed generations of politicians and successive governments maintaining the dream, probably in part through the relationships between the political parties and the long term pressure to do something for Gippsland; and in part because major infrastructure is tangible evidence of action; and offers a clear and proud legacy to everyone involved in its planning, development and implementation.

The organisations and enterprises set to profit from the Port of Hastings Project will support any politician in its favour with the considerable resources at their disposal. It is useful to consider the trigger that revived this decades-old project. The rapid growth in the size of international container vessels between 1988 and 2014 (from 4,000 to 18,000 TEU) and the publication of Maersk’s decision to build a fleet of mega-ships may well have provided the trigger.

Any direct arguments against the Project will undoubtedly be met with strong counter claims, including beliefs in the Project’s vital importance to Victoria’s economic and social well-being and more jobs; and suggestions that Port Phillip Bay won’t be up to the shipping requirements of twenty or more years from now. Proponents of the Hastings project may also enjoy support for their vision in the media.

With all this in mind, we prepared a pre-mortem exploration of the Port of Hastings Development Project to start a broad and informed debate on the issues associated with this vision to help successive governments make effective decisions in relation to the Project’s design, development and management over the coming decades.

We decided to explore this immensely significant Victorian proposal with psychologist Gary Klein’s pre-mortem technique for making better decisions; you analyse the issue from the imagined position of it already having failed, then identify realistic possibilities to explain why it may have happened that way.

The use of the pre-mortem technique also reflects that the development and use of the proposed Port of Hastings as Victoria’s next container port will, because of its duration, be largely out of the hands of the current Government. It will depend heavily on decisions made by a range of private and public organisations in Victoria, Australia and overseas concerning the construction, dredging and use of the Port of Hastings. It will also require new road and rail networks to carry the high volumes of containers to and from businesses across the port hinterland.

Very large ships including the megaships may not come to Hastings, in spite of its proposed 16 metre draft limit, because they are built to connect the markets of China, Europe, the Middle East and the Americas – not Australia. In the Port of Rotterdam, for example, these ulta large container vessels currently connect a market of 350 million people with other similar-sized markets. The issue of vessel size will be decided by the major shipping lines, which are well aware of the costs involved in servicing new port developments in smaller volume trade markets such as ours.

The Port of Amsterdam granted a concession to a private operator in the late 1990s to build a 54 hectare container terminal on the shores of the North Sea Canal to compete with the Port of Rotterdam, with an ‘indented’ dock allowing container cranes to work both sides of the vessels simultaneously. The terminal was completed in 2001 but only a small number of containers were handled and it was closed in 2012 at a loss of millions of euros. The South Korean Ministry of Marine and Fisheries decided in 1997 to construct a new port 20 kilometres west of the Port of Busan with additional container handling capacity to alleviate congestion. However, none of the shipping lines using the container terminal in the old port wanted to move to the new port as it would put them at a cost disadvantage.

The proposed Port of Hastings draft limit of 16 metres may not be useful given that the draft limits at each other capital city port, which the ships also visit, are in the range of 14 to 15 metres. Supporting the Port of Hastings Development Project could involve the other capital city port owners undertaking costly dredging and infrastructure improvements to accommodate the larger vessels for which the Port of Hastings is designed. The cost-benefits case would have to be very persuasive to prompt such large investment, yet without a common draft limit, larger container vessels are unlikely to visit Australia. The significance of Australia’s perishable food and agricultural export trade moreover requires the transit time to be kept to a minimum which is achieved through frequent, regular, direct vessel calls that are common to all Australian ports.

Re-locating to the East

Owners and executives in the supply chain including logistics firms, rail and road transport companies and exporters and importers with lifestyles and businesses based to the West of Melbourne may not welcome moving their business to Hastings or the cost of duplicating their company’s facilities. The Port of Melbourne 2009 Container Logistics Chain Study indicated that: more than 50% of import containers were destined for, and nearly 50% of export containers originated from, areas to the North and West of Metropolitan Melbourne; 65% of all containers were transported less than 22 kilometres in the first and last transport legs via the Port of Melbourne; and over 70% of all containers will have to work their way through the metropolitan area to and from Hastings.

Property owners and people living near the necessary new road and rail development projects could have to adapt to the increased traffic that is required to carry the additional volume which has been modelled to estimate up to 4.5 million TEU containers. This involves 1.5 million B-double trucks or 50,000 freight trains at 90 containers per train annually; or over 4,000 trucks or 140 trains a day, every day, moving across Melbourne’s road and rail network between Hastings and Melbourne’s industrial West and North. They may choose to lobby against the proposed South East Rail Link, with their local Members of Parliament in support.

Local, national and international environmentalists may refuse to compromise with a proposal that could damage the Western Port Wetlands area. They could develop wide community support to continue its listing on the Register of the National Estate and with the international Ramsar Wetlands Convention with strong and continuing public awareness strategies; and could be joined by residential property owners and tourism operators across the Western Port region. These lobby groups could have far more experience in attacking proposals that damage vast places of international environmental significance, than do Governments in defending freight projects.

The Port of Hastings Development Project may be all that the Government and its supporters claim, but this pre-mortem exploration indicates there are still significant issues to be addressed before considering implementation. The quality of planning and development of the port system, including critical landside freight infrastructure to support Victorian businesses, is important because it will have multi-generational impacts. It is sufficiently critical to our society and future generations of Victorians to demand our fullest possible participation.

Victoria’s next container port is far too important an issue to leave to the short-term interests of politicians, bureaucrats and consultants. It demands our fullest possible participation as industry stakeholders and people committed to the future global competitiveness of our economy.

These early developmental stages of the Project should therefore see the start of a very high level of public consultation, complete with accurate and realistic information sharing, and debate established by Government. The aim of such consultation should be to guarantee respect for everyone involved; and to encourage and support the most valuable economic and social future possible for many generations of Victorians and Australians.

This pre-mortem analysis was prepared by the Institute for Supply Chain and Logistics at Victoria University with the support of the Supply Chain Advisory Network. It responds to the need for clarity and is based on the synthesis of many detailed reports and the expert opinion of stakeholders across the supply chain.