Open for business: selling off public assets to fund infrastructure 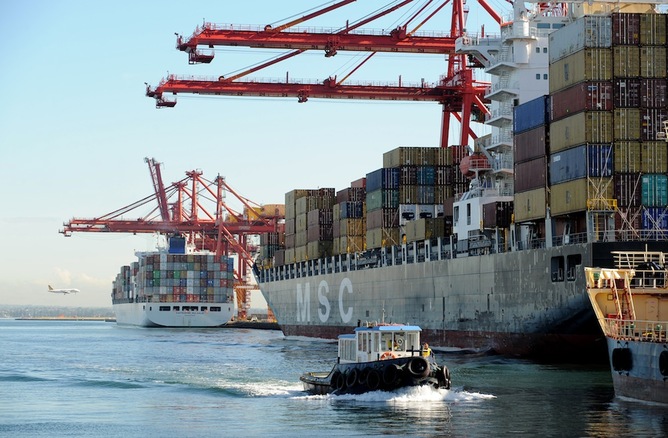 When Tony Abbott stepped up to claim victory for the Coalition in September, he declared Australia was “under new management and once more open for business”. One hundred days on, we look at the open for business promise across major sectors including foreign investment, infrastructure, manufacturing and retail.

Both Federal and state governments have put the issue of privatising government assets firmly on the agenda. Federal Treasurer Joe Hockey indicated at the recent meeting of COAG that the states should look closely at privatising infrastructure, while Tony Abbott wants to be known as the infrastructure prime minister.

Queensland (under a then Labor Government) started the recent process by privatising the Port of Brisbane in 2010 (selling a 99-year lease for what is now a seemingly cheap $2.1 billion) in order to replenish its empty Treasury coffers. This money disappeared into consolidated revenue. The privatisation process is continuing (under the Coalition government) with Queensland premier Campbell Newman announcing that the state’s electricity generators could be sold and that long-term leases of the Ports of Gladstone and Townsville are under consideration. However, he stated that he would not privatise public assets without a mandate from voters.

New South Wales (under a Coalition Government) followed Queensland’s lead by selling Port Botany and Port Kembla in 2012 and raking in a healthy $5.1 billion. Some of this money will, apparently, be re-invested into infrastructure projects such as the Westconnex Motorway and the Pacific Highway. The NSW Treasurer, Mike Baird, has also just announced that expressions of interest are open for a 98-year lease for the Port of Newcastle.

The recent proposal by the Victorian Opposition leader Daniel Andrews to sell a long-term lease of the Port of Melbourne as the cornerstone of their “Project 10,000” alternative transport plan, has thrown the infrastructure debate in Victoria wide open.

Labor has indicated that (if they win the next election in late 2014) a potential A$5-$6 billion from the sale of the Port of Melbourne will be put into a “Victorian Transport and Building Fund” and quarantined for infrastructure projects such as removing level crossings. One would have to think that the Victorian government has also run the ruler over the port and dreamed of what it could do with a possible A$5 billion windfall.

In the meantime, the Napthine coalition government is intent on building an A$8 billion tunnel between the Eastern Freeway and the Tullamarine Freeway as the first part of the East West Link which will ultimately (costing another estimated $8 billion) provide a second crossing under the Yarra River to alleviate congestion on the Westgate Freeway. (Napthine has pleaded with Abbott to fast-track infrastructure spending in the wake of Holden announcing it would cease manufacturing cars by 2017, a decision that significantly affects Victoria and South Australia.)

But despite infrastructure being high on the agenda of both state and federal governments, their infrastructure policies seem somewhat hasty and haphazard, with potentially dire consequences.
While all this recycling of infrastructure money seems a good idea, you have to wonder why investors are so keen to invest in port infrastructure. For instance, IFM Investors (formerly Industry Funds Management Ltd), majority owner of NSW Ports, indicated earlier in the year that they would be interested in the Port of Melbourne if it were privatised. Whether they think it is worth A$5 billion or A$6 billion is another matter.
Global Infrastructure Partners (GIP) has sold its 27% stake in the Port of Brisbane to a Canadian pension fund for more than A$1 billion, which effectively means GIP doubled their money in three years. IFM had earlier offered to buy GIP’s stake in the port, but GIP chose to sell the holding by auction.

Deals like this show the funds can see good returns in the years to come as they will have control over what is basically an asset in a monopoly position. The port operator has the power to set the rates for port users with only minimal regulatory oversight by the government and the Australian Competition and Consumer Commission.

Should governments be so keen to sell off these monopoly assets to fund a shortfall in their budgets? Even if the reasoning is to spend this money on projects which will ease road congestion and/or improve public transport, is it wise in the long run?

While the initial sale might be to a benign or passive investor, such as a super fund, who knows who might be the owner further down the track. Other countries, such as neighbouring Indonesia, restrict foreign ownership of port assets to 49%. Overseas governments seem more reluctant to sell monopoly assets such as ports to private investors, holding the view that ports act as a driver for economic growth for the region over which they would like to have control.

The ability of a port corporation to be a trade facilitator or to act in an educational role is also considered important, even if there is no direct contribution to the bottom line. In a number of ports the educational role is clearly visible, and considered vital, as the ports need to explain to the community their importance to the local economy.

This is especially important in cases where the port needs to expand and controversial measures need to be taken. For example, during the recent channel deepening of Port Phillip Bay, the management of community expectations and concerns by the Port of Melbourne Corporation was vital.

Private owners of ports are less likely to undertake non-revenue raising activities and prefer to “sweat the assets”. For example, the Port of Brisbane closed down its port education centre after privatisation. The Port of Melbourne education centre will probably be one of the first port activities to go should privatisation occur. Conversely, the Port of Rotterdam’s multi-million dollar visitors and education centre on their newly developed Maasvlakte 2 demonstrates the importance the City of Rotterdam (the port’s owner) places on this role; it even rates on the Trip Advisor website!

The thinking of a number of business commentators and economists is that while interest rates are currently so low (10-year Commonwealth Bond Rates are 4%) borrowing money to fund infrastructure projects is not such a bad thing and might not endanger credit ratings. (One has to ask what a credit rating is worth anyway after most of the credit rating agencies got it horribly wrong before and during the global financial crisis.)

The current Victorian government likes to remind us of the foresight of the Liberal Premier Sir Henry Bolte, 40 years ago, to reserve land around Hastings and Westernport for future development, now enabling the development of a second container terminal at the Port of Hastings.

In 40 years’ time it will be interesting to see how people assess the current selling off important government-owned assets to fund popular projects.